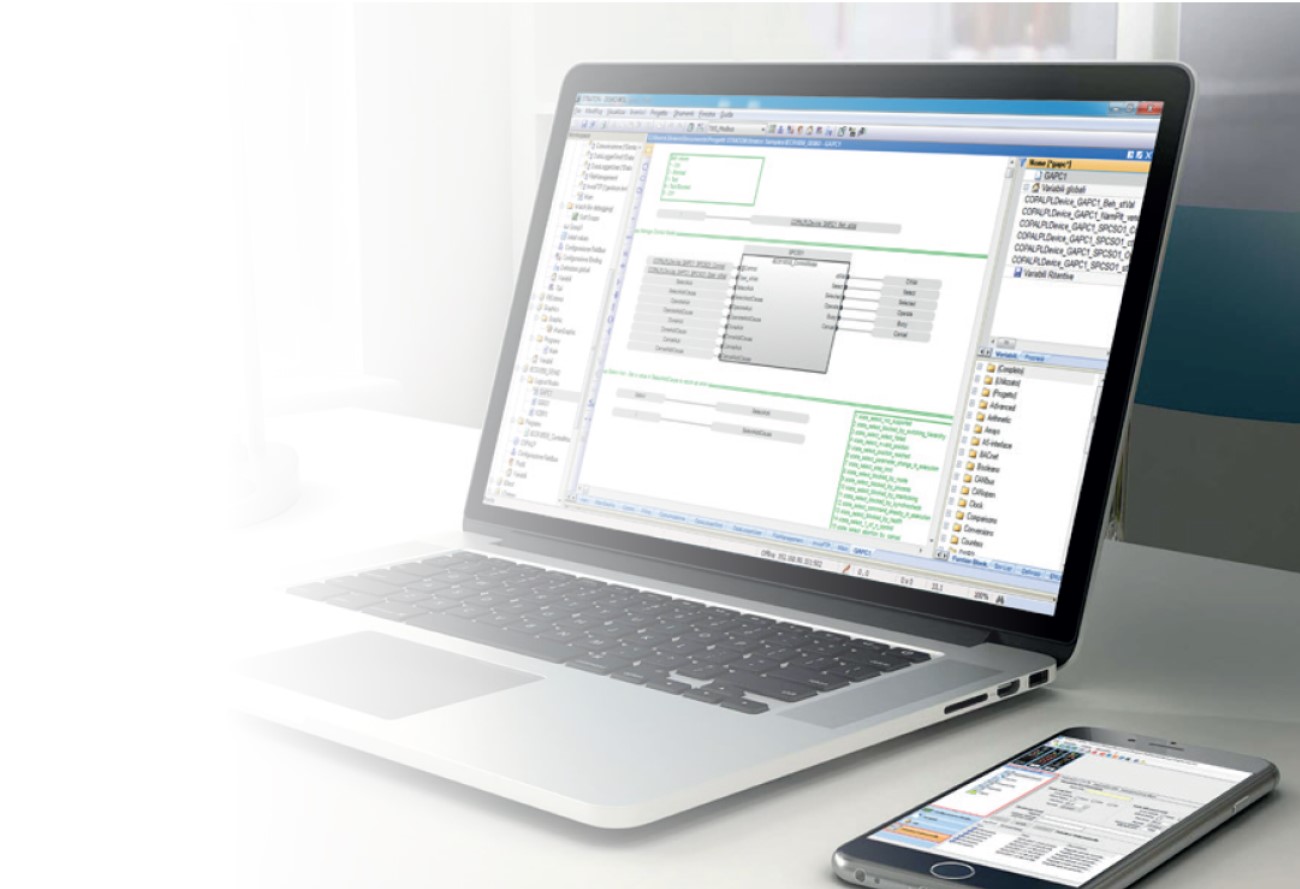 Since the late 1990s, the growth of the role of software in automation has accentuated the spread of softPLC solutions. These are software emulations of typical PLC functionality) based on PC-type architectures, equipped with real-time operating systems (e.g. Windows CE, RTAI, RTLinux, QNX) and implementing the IEC 61131-3 standard. In particular the SFC (Sequential Function Chart) language also used as a tool for the design and description of control logic and the four standard programming languages: IL (Instruction List), LD (Ladder Diagram), FBD (Function Block Diagram), ST (Structured Text).

In addition to the technical impact, the strong attention given to the software comes from the need to increase its efficiency and decrease management costs. For this reason, associations such as PLCopen (www.plcopen.org) promote standards related to softPLC technology, their reuse and interoperability with other systems: not only IEC 61131-3, but also libraries for motion control, remote control, integration with safety features, interface management. Moreover, although the IEC 61131 standard is common to softPLC and PLC, manufacturers of the latter interpret hardware constraints and programming environments according to “partisan” visions. The portability of applications between different PLCs and/or softPLCs is never at zero cost: rather accurate I/O reconfiguration and machine cycle verification activities are required.

SoftPLC systems, on the other hand, are characterized by a compact architecture with decentralized I/O, high level of connectivity and interoperability, ability to manage and store large amounts of data, ability to operate in non-critical operating conditions, distributed architecture based on open hardware and common to other applications (e.g. Scada, Cloud), easy transfer of the software application between different PCs.

Applications and use limitation

SoftPLC applications are increasing in close relation to the spread of industrial PCs and hybrid controllers in the OEM sector, which need to maintain high standards of quality, profitability and remote access to machines and plants. SoftPLC techniques and the IEC 61131 standard are also adopted in PAC (Programmable Automation Controller), understood in the broadest sense of systems integrating PC and PLC technologies. Typically the softPLC technology is distributed on two platforms: one under Windows for HMI, programming and debugging, the other under HRTOS (Hard Real Time Operating System) for the implementation of automation and control functions.

Although they have some limitations compared to traditional PLCs, softPLCs provide a complete development environment, debugging, graphic supervision, as well as the possibility to directly control the I/O.

SENECA’s SoftPLC solution is based on Straton, a platform-independent system among the most widespread in the industry based entirely on IEC 61131-3.
Developed on Linux basis, SENECA controllers (Z-TWS11, Z-TWS4, Z-PASS2-S, S6001-RTU) can be used in general purpose data acquisition and control applications.
Thanks to the integration with the Straton IDE development environment, SENECA controllers support specific communication protocols in the energy sector IEC 60870-101/104, IEC 61850. Straton also allows them to perform RTU, ModBUS gateway and VPN and point-to-point connection management functions.